One of our devoted listeners, Sandra Smith, sadly passed away peacefully on the 22nd December 2020, after a short but aggressive illness.
Since December 2019, Sandra had become a loyal listener to Torbay Hospital Radio. She started listening regularly when her grandson, Jordan, joined the station. He firstly enjoyed a role as a co-presenter on the award-winning weekend breakfast show with Andrew Millar. Their chemistry ‘on air’ was really enjoyed by Sandra and she was frequently in laughter at the banter between them.
She was often the main talking point on the show when her ‘blondie’ and Christmas cakes were fondly discussed (as well as sampled).
More recently Jordan became the sole presenter of the weekend breakfast show. Sandra would ‘tune in’ and happily enjoy listening to a more modern selection of music that was played.

Thanks from Torbay Hospital Radio

We at Torbay Hospital Radio are very saddened to hear of the passing of the lovely Sandra and are very grateful to her family and our very own Jordan for choosing us as one of the chosen charities. We really appreciate the £350 donation; we will definitely put it to good use as it will go towards our continued efforts to modernise our studio and equipment.
Rest in peace Sandra. 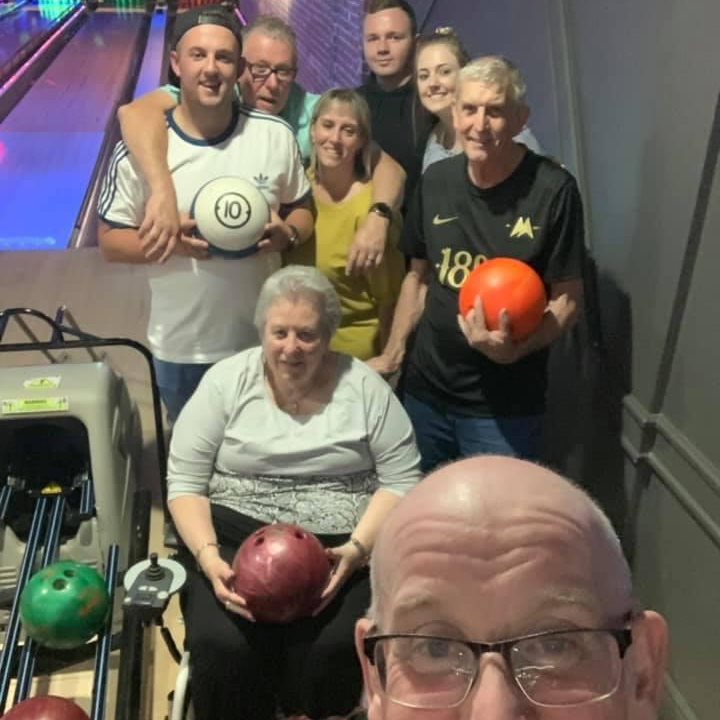